4 Steps That Turned McDonald’s Into a Real Estate Empire

Did you know that McDonald's is really a real estate business? Learn more about their business model. 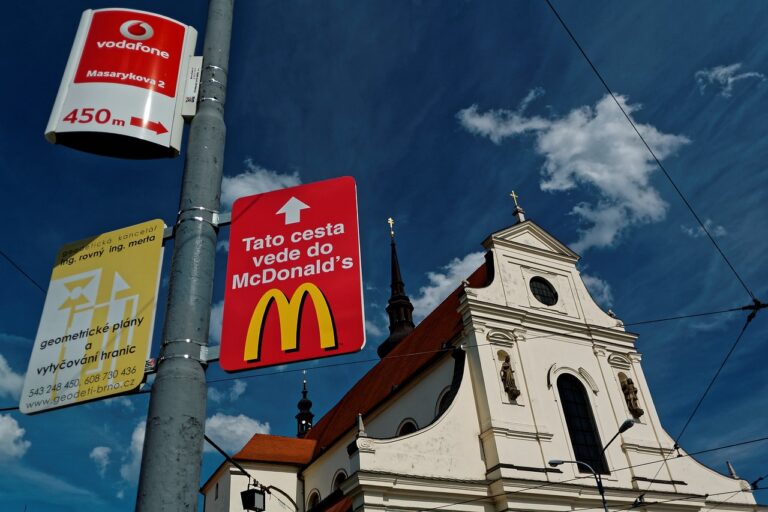 When you think of “McDonald's”, what comes to mind? Probably hamburgers, French fries, and maybe milkshakes. You most likely know how successful McDonald's is as a multi-billion-dollar burger empire that has locations all over the world, but do you know how they make the bulk of their money? It’s not from slinging McDoubles, Big Macs, or McFlurries. Interestingly enough, McDonald’s make the bulk of their money through real estate.

Surprised? Most people are. But the fact is, McDonald’s is more a real estate business than a food business. But how did it get that way? Pretty easily. Let’s take a look at how a simple hamburger stand became a real estate empire over the course of just forty years:

McDonalds’ was founded by two brothers in California who were interested in the concept and success of drive-up restaurants, which were considered a novelty in the 1950s.

While they liked the concept, they didn’t like how complicated it was. So they started their own drive-up hamburger stand that had an assembly line method to help produce faster results, and ditched silverware entirely, making the idea of eating out of a wrapper commonplace.

Ray Kroc was a milkshake salesman who heard of the brothers’ business and saw the potential in it- so he convinced the brothers to make him a part owner, and in return he began to expand the business.

The brothers were content with a small family-owned business, but Ray Kroc had bigger ideas. He took control of the company, giving the brothers royalties, and began to open McDonald’s all over the country.

While people loved the food, the company was still not making enough money. The demand was high, but the problem was that many of the owners didn’t have enough capital to open up new franchises. So, what was Roy Kroc to do?

The solution Ray Kroc came up with was nothing short of genius. The corporation of McDonalds’ began to lease property to potential franchise owners, buying the properties themselves and then charging rent to the owners. In that moment, the real estate side of McDonald’s was born: they began making profit on not only food sales, but the land and buildings as well.

And Ray Kroc didn’t stop there. He also came up with the idea that businesses could either pay rent, or the company could take a portion of the food sales, whichever was higher. This way when the economy was booming, McDonald’s would be making even more money, but when the economy wasn’t doing well, they didn’t have to worry about losing too much money.

The company also began to charge the franchisees 20% more than the mortgage of the land, meaning they could easily make a profit if the food sales weren’t doing well that quarter. The owners also paid their taxes and insurance expenses to the McDonald’s corporation, effectively making McDonald’s a real estate conglomerate.

With the enormous profits that Ray Kroc was making on both his real estate and food sales, he opened a real estate business called the Franchise Realty Corporation, which is also owned by McDonalds.

The Franchise Realty Corporation owns all of the McDonald’s locations, which owners have to pay rent to, and it also buys and sells in-demand properties, making it both an investing company and a property-flipping company. A two-pronged approach to making profit!

See, what Ray Kroc understood was that while food sales can be inconsistent due to a variety of factors- including population trends, new options opening up, and the cultural attitudes toward fast food changing over time- real estate is something that will remain profitable for many years to come.

Now, with over 50 years under it’s belt, McDonalds’ remains one of the most successful fast food operations to ever exist. But, like we mentioned earlier, the bulk of their profits do not come in the form of chicken nuggets and hamburgers. The vast majority of the money that McDonald’s makes comes from their real estate investments- both in their own restaurants and in the other properties that have acquired over time.

In recent years, there has been a push to separate the McDonald’s food business with the McDonald’s real estate business. Some experts estimate that the real estate side of the corporation could be worth over $40 billion dollars- something Ray Kroc could have only dreamed of when he was just worried about selling burgers and fries.

While people will always need to eat, fast food sales will trend up and down depending on what people want to eat- as more fast food competition like Chic-Fil-A and Taco Bell opens up, the need for McDonalds’ may diminish. While it’s unlikely they would close completely, their food sales will definitely trend more down than up in coming years, most business experts predict.

However, this doesn’t mean all hope is lost. Because McDonalds’ has their real estate company to fall back on, they will face very minimal losses, even if their food sales suffer. This is because real estate, unlike fast food, will remain a staple and necessity of our economy and society forever.